The specialists at AMLBot conducted an investigation of the new Cezar Hard Fork token scam project, which was recently deployed on the Binance Smart Chain.

On November 14, the Cezar Hard Fork project held a token sale, with transactions being conducted using the smart contract under the 0x33951CD588D386c4b5Cfd23AEe0960c0438cD315 address, which was activated on November 11.

Based on the analysis described below, we can deduce that the project’s token was sold for BNB and immediately withdrawn via Tornado.cash. A total of more than 1,000.00 BNB were withdrawn.

Our team will continue to closely monitor the transactions of this wallet. In the meantime, we will delve into the sequence of events that were included in the investigation of the given scam project.

The first thing our team did was verify the first transaction.

The stream of operations indicates that the wallet is selling its Cezar tokens on PancakeSwap for BNB. This raises interesting questions regarding where the BNB tokens were transferred.

In addition, it is clear that the wallet received BNB from Tornado Cash. This means that the owners of the project are trying to hide their tracks.

Our team tracked outgoing transactions in BNB to exchange resources.

Only 5 wallets were identified that hosted the outbound BNB:

The team performed in-depth analysis of each wallet separately.

The records clearly show that after receiving 1.53 BNB, the funds were transferred to the FTX exchange wallet.

The data shows that this wallet exchanged Cezar tokens for BNB and exchanged BNB back for Cezar. As a result of the transaction, the wallet received 328 BNB and holds around 100,000,000 Cezar tokens.

275 BNB was sent to wallet 0xebAB9E6dB38D849E7EEE63b41B203B426DA1f554, which was already analyzed earlier. This confirms that the analyzed addresses are interconnected.

835 BNB and 216 BNB were sent to this wallet, after which the funds were cycled through Tornado Cash.

In addition, we can see more transactions on Tornado Cash coming in before November 14. Our team also analyzed all internal and BEP-20 transactions for this wallet.

This wallet sold more SheriFF Systems coins through PancakeSwap. As a result, it received more than 1,000 BNB. Incoming internal transactions with Tornado Cash are also visible, indicating that the given wallet is used to withdraw funds via Tornado Cash.

The full layout of the course of the investigation.

In conclusion, it is possible to state that the Cezar Hard Fork is basically draining its wallets as soon as any funds are received. This kind of behavior is common for projects that have no intention of channeling token sale proceeds into the project for development. In addition, the use of Tornado Cash as an intermediary point of transfer clearly shows that the project is trying to clean up any traces of transfers to avoid connection to individual project founders.

Introduction Binance one of the seemingly biggest crypto exchange has been in regulatory crosshairs for sometime now. Binance even withdrew its application for a license in Singapore. However, this recent news could potentially have criminal liability and more far reaching consequences particularly, as the US Department of Justice and Treasury

First few days of November 2022 hasn’t been very kind to the crypto exchange Deribit, as it suffered a hack of 28 Million $ in BTC and ETH as its hot wallet was compromised. However, Deribit has clarified that 99% of its funds are stored in cold wallets and the 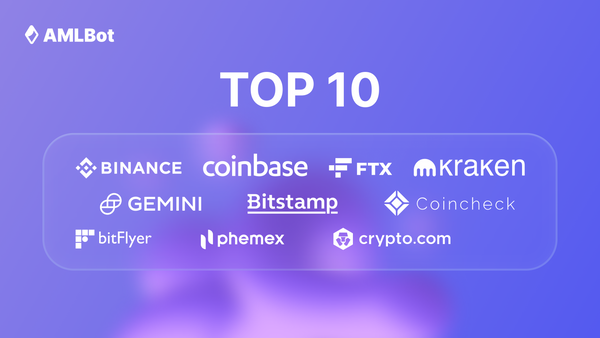 The emergence of cryptocurrencies to the forefront of finance as a prominent investment vehicle is no surprise to anybody. Their revolutionary use cases drive investor confidence, and the need to acquire these decentralized assets is shooting up. Moreover, sufficient liquidity required for the burgeoning demand is being maintained by centralized